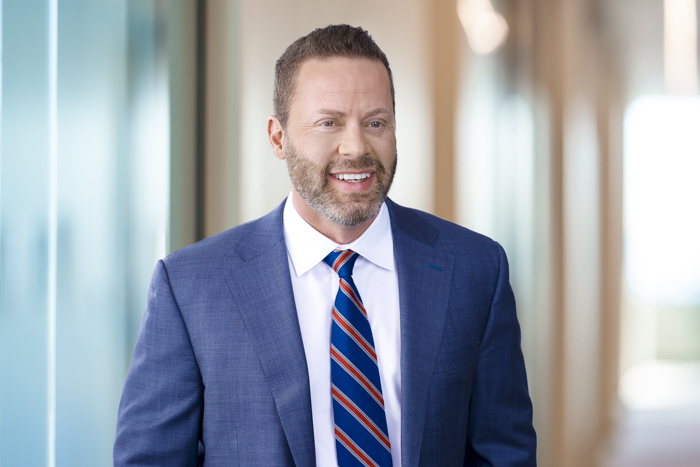 Microsoft/Yahoo! Contractual Counseling (2012-2015)
Advised Microsoft relating to its Search Alliance with Yahoo!. The parties successfully restructured the Alliance at its five-year anniversary.

FGIC Ad Hoc Group of Investors (2012-2014)
Advised ad hoc group of investors, comprised of hedge funds and insurance companies, in nine Countrywide residential mortgage-backed securities trusts insured by Financial Guaranty Insurance Company (FGIC) in facilitating a $950 million settlement among Bank of America, FGIC, and BNY Mellon as Trustee for the nine trusts. The settlement, the first of its kind involving a mono-line insurer and bondholders working together to resolve mortgage repurchase claims, provides for more than $355 million in direct recoveries from Bank of America to the RMBS Trusts, while FGIC received almost $585 million. Bondholders also will recover, along with all other FGIC creditors, a share of the approximate $585 million FGIC recovery when it makes future distributions to policyholders as part of its Plan of Rehabilitation.

In re Flat Panel Antitrust Litigation (N.D. Cal., 2011-2013)
Counsel for Hewlett-Packard in antitrust MDL regarding a price fixing conspiracy engaged in by Hewlett-Packard's suppliers of TFT LCD products.

Frank McCourt v. Bingham McCutchen LLP (Mass. Supp., 2011-2014)
Represented Frank McCourt, the former owner of the Los Angeles Dodgers, in connection with his legal malpractice claims against Bingham McCutchen LLP arising out of Bingham's negligent preparation of Mr. McCourt's postnuptial agreement, allowing his former wife to claim ownership of 50% of the Dodgers franchise, which sold for $2.15 billion. Obtained dismissal of an unprecedented declaratory judgment action brought against Mr. McCourt by Bingham, seeking a determination that the firm did not commit malpractice and did not proximately cause Mr. McCourt's damages.

Alexsam, Inc. v. IDT Corporation (E.D. Tex., 2010-2013)
Represented IDT Corporation in two related patent infringement actions involving systems for activating pre-paid gift cards and phone cards. Won judgment as a matter of law on some claims in the district court and reversal of the jury's verdict of infringement on other claims on appeal to the U.S. Court of Appeals for the Federal Circuit. The second case settled favorably after a bench trial but prior to the court entering judgment.

Advised Halliburton Co. on its issuance of $1.2 billion of contingent convertible debt.

Represented a major petrochemical firm before the IRS (including both IRS Exam and IRS Appeals) on issues related to the tax treatment of debt instruments similar to Debt Exchangeable for Common Stock.

Represented a major electric utility before the IRS's Office of Chief Counsel (Financial Institutions and Products) on tax issues related to the utility's planned multi-billion dollar asset securitization. Representation resulted in a formal change to IRS policy that allowed the securitization to be completed.

Advised Halliburton Co. on certain tax issues related to the Chapter 11 petition filed by several of its subsidiaries, including the treatment of capitalized bankruptcy costs.

Obtained a favorable IRS private letter ruling under Internal Revenue Code section 355 for Halliburton Co. in connection with its spinoff of KBR, Inc.

Represented an individual in a tax-related lawsuit against the United States in U.S. District Court, based on an "Innocent Spouse Relief" claim.

Represented Halliburton Co. in its spin-off and IPO of KBR, Inc.

Represented the Crow Tribe of Indians in connection with its strategic alliance with the Australian-American Energy Company for the development of a $7 billion coal-to-liquids project on the Crow Reservation.

Advised CenterPoint Energy on its refunding and remarketing of several tranches of municipal bonds.

Represented a major electric utility in its bid to acquire a large natural gas pipeline network.

Advised a commercial real estate developer on the formation of a large investment partnership.

Represented Platte River Ventures I, L.P. in connection with the $1.1 billion IPO of Intrepid Potash, Inc.

Represented Caltius Partners in connection with its mezzanine lending and related equity investment in each of Bulk Handling Systems, Diversified Human Resources, and Griplock Systems.

Advised a major electric utility on its refinancing of a $118 million credit facility.

Represented a petrochemical services company in its redemption and reissuance of preferred stock and issuance of first and second lien debt.

Recognized as one of Colorado's "Rising Stars," Colorado SuperLawyers, 2011 and 2012