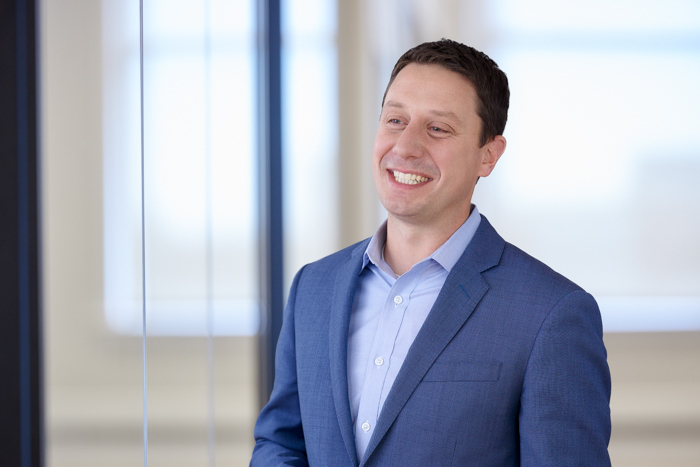 Dan McElroy is a trial lawyer who represents clients from around the country in all manner of high-stakes, complex litigation. His diverse practice has included matters involving class actions, mass torts, intellectual property, EEO complaints, consumer fraud, contractual disputes, and both challenges to and the defense of federal agency action. Dan also has extensive experience providing confidential counseling to both start-ups and Fortune 100 companies to help avoid or prepare for future litigation.

Before joining Bartlit Beck in 2013, Dan clerked for Judge Joel Flaum of the U.S. Court of Appeals for the Seventh Circuit and Judge Milton Shadur of the U.S. District Court for the Northern District of Illinois. Dan received his law degree from Northwestern University and undergraduate degree from the University of Notre Dame. Between the two, Dan taught high school mathematics in Philadelphia through Teach For America.

The permit was later challenged in the District Court for the District of Columbia. Successfully moved to transfer the case to the District of North Dakota, then obtained summary judgment for Slawson. Serving as appellate counsel in the Eighth Circuit appeal challenging that judgment.

Opioids Litigation
National counsel for Walgreens in litigation relating to the distribution and sale of prescription opioids, including over 1,000 cases brought by states, cities, counties, tribes, and private parties seeking recovery in connection with the opioid abuse crisis. MDL in the Northern District of Ohio and numerous related state court cases.

ADT Wireless Litigation
Represented ADT in multiple class actions in both federal and state court across the country involving allegations of consumer fraud related to the alleged ability of ADT-monitored security systems with wireless sensors to be hacked. Helped negotiate a favorable, nationwide settlement.

Advised technology startup on potential litigation resulting from allegations of tens of millions of dollars in damages due to breach of contract. Litigation avoided.

Advised large multinational corporation on patent litigation risks of proceeding with development and sale of a product.

Moore v. Nicholson (N.D. Ill.)
Pro bono trial counsel for inmate in a Section 1983 suit against prison and medical staff for unconstitutional conditions of confinement resulting in a cockroach infestation and for improper medical care leading to hearing loss. Case is currently pending in the Northern District of Illinois.

Rose v. Duffield et al (N.D. Ill.)
Pro bono counsel for a former inmate in a Section 1983 suit against doctors and officials with the Illinois Department of Corrections for improper medical treatment that caused Mr. Rose to lose his vision. Case settled favorably after fact discovery.