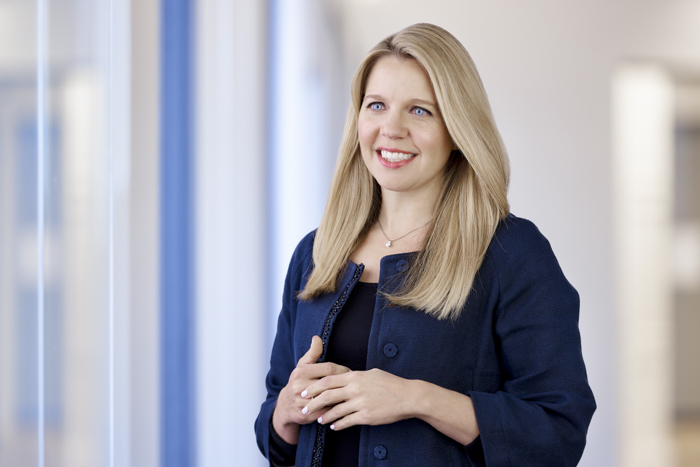 In 2018, Asha was named one of the 40 Illinois Attorneys Under Forty to Watch, with one client nominator describing her as "a brilliant legal strategist. She is the consummate professional and is extraordinarily passionate about client service. Her zealous preparedness has delivered incredible value to the company on multiple matters.” Another client nominator described Asha as “just superb,” citing her “strong combination of book smarts, common sense, good judgment, personality, and poise.”

For these reasons, clients have repeatedly entrusted Asha to oversee some of their most high-stakes and sensitive litigation, best illustrated by the fact that in the last eighteen months Asha has served as the second chair for six trial teams, preparing significant cases for trial in difficult jurisdictions. In this role, she has been responsible for developing and orchestrating the trial strategy for each case. This includes developing the theory of the case, deposing plaintiffs’ liability experts and defending her clients’ liability experts, taking and defending key fact depositions, preparing for the examination of multiple witnesses at trial, arguing case dispositive motions, and overseeing the strategy for all pre-trial filings, including motions in limine and motions to exclude expert testimony. Asha has served in this capacity in both state and federal court, in jurisdictions as varied as Dallas, City of St. Louis, and New Hampshire.

Asha also has extensive experience at trial. In LoggerHead v. Sears, a 2017 patent jury trial, Asha presented LoggerHead’s damages expert and cross-examined the defendants’ patent attorney (who defendants put on to defend against a claim of willful infringement). Asha’s examinations were successful. The jury returned a verdict of infringement for LoggerHead and awarded damages near the top end of the range Asha’s damages expert presented at trial. The jury also returned a finding of willful infringement in LoggerHead’s favor. Asha has also had the opportunity to cross-examine a damages expert in a multi-billion dollar confidential arbitration and has examined fact witnesses in other matters. She has also supported multiple trials throughout her career at Bartlit Beck.

Asha graduated from The University of Chicago Law School in 2010 with High Honors. She was a member of the Law Review and the Order of the Coif, a Kirkland and Ellis Scholar (awarded to the top five percent of the class), and received the Edwin F. Mandel Award for exceptional contribution to the Law School's clinical program.

In re: Whirlpool Corp. Front-Loading Washer Products Liability Litigation (N.D. Ill.)
Defended Whirlpool in consumer class action against plaintiffs' claims of breach of implied warranty.  Responsible for briefing a motion to decertify the class and for preparing key expert witnesses for trial, including defending expert depositions.  Case settled before trial.

Merck & Cie v. Watson Labs (D. Del.)
Trial counsel for Merck & Cie and its exclusive licensee Bayer in Hatch-Waxman litigation against challenger seeking to market generic versions of the oral contraceptives Beyaz® and Safyral®.  Argued and prevailed on a motion to dismiss.

Express Scripts v. Walgreen Co. (N.D. Ill. and American Arbitration Association 2011)
Defended Walgreens against a preliminary injunction motion filed by Express Scripts, seeking to shut down Walgreens' "I choose Walgreens" communications campaign.  Walgreens successfully moved to transfer the case from federal court to a AAA arbitration.  After a two-day evidentiary hearing, the arbitrator issued a ruling denying the parties' requests for preliminary injunctive relief.  After the ruling, Walgreens continued its "I choose Walgreens" campaign.  Prior to the hearing on the merits, the parties agreed to dismiss their respective claims.  No other action has been or will be taken by either party with respect to this case. Click here for press report.

In re Genetically Modified Rice Litigation (MDL, E.D. Mo.; Ark. Supreme Court)
Represented Bayer regarding appellate issues in nationwide litigation, including briefing in the Eighth Circuit and in the Arkansas Supreme Court.

Turner v. Rogers (U.S. Supreme Court)
Represented two law professors in connection with amicus brief at the merits stage.  Case involves whether a dead-beat dad who failed to pay child support had a right to an appointed lawyer before he was found in civil contempt.

The University of Chicago Law School, 2010, J.D., with High Honors

Kirkland and Ellis Scholar, awarded to the top five percent of the class