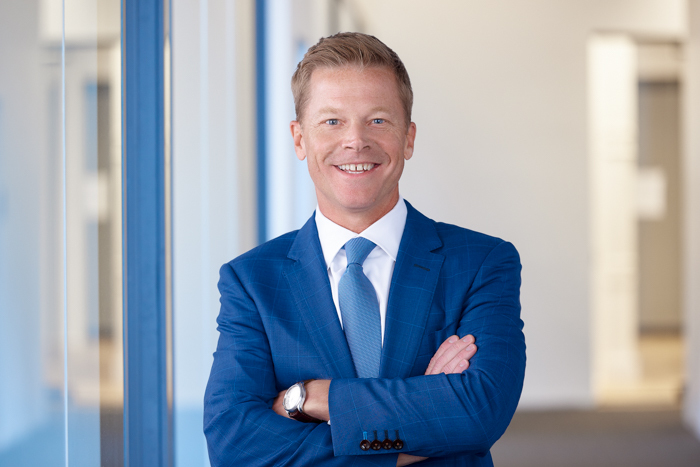 Chris is a Fellow of the prestigious American College of Trial Lawyers. He is known for his ability to distill the most complex cases down to a simple and compelling narrative, as well as his effective cross-examination skills, having cross-examined a wide range of skilled witnesses, including Nobel Prize winning economists, top executives of major corporations, a former FBI director, a former federal judge, and foremost experts on subjects ranging from antitrust policy to jet engine technology.

Chris has "garnered national praise for his high-profile victories" (Benchmark Litigation), "received praise from his peers for his 'exceptional trial skills'" (Benchmark Litigation), and was identified earlier in his career as one of the 10 "Rising Stars of the Trial Bar" (Chicago Lawyer).  Chris has been described as a "down-to-earth lawyer who engenders fierce loyalty in clients". "He can get up to speed on any area of technology easily, is a great writer and is quick on his feet at trial," and "uses his narrative skills to cut through the technical minutiae that can bog others down."  (Intellectual Asset Managers ("IAM") Patent 1000)

Chris joined the firm at its inception, while finishing his last year of law school, and returned after a clerkship with Honorable A. Raymond Randolph on the United States Court of Appeals for the D.C. Circuit. Chris attended Northwestern University Law School from which he graduated first in his class.

He is a member of the bar in Illinois and Colorado (inactive) and has been admitted to practice in state and federal courts across the country, including the United States Supreme Court.

Gordon, et al. v. Sabre (S.D.N.Y.)
Lead trial counsel for Sabre in a putative class action brought against Sabre by purchasers of airline tickets. The putative class includes "all residents of the United States who purchased an airline passenger ticket for travel on any of the Airlines between June 1, 2006 and the present." Plaintiffs claim Sabre conspired with its competitor "global distribution services" operators, Amadeus and Travelport, to require certain terms in their contracts with airlines, which allegedly caused plaintiffs to overpay for their airline tickets. Won a motion to dismiss 100% of plaintiffs' claimed damages. Lind and his team subsequently obtained denial of class certification (on the remaining claims for injunctive relief) and won a motion to disqualify class counsel due to their conflict in representing the remaining individual plaintiffs, which led to the resolution of the remaining plaintiffs' claims.

Okada v. Wynn Resorts, et al. (Las Vegas, NV)
Lead trial counsel for Japanese Billionaire Kazuo Okada in claims relating to Wynn Resorts' redemption of billions of dollars in stock owned by Mr. Okada's family business, which was the single largest shareholder in Wynn Resorts. Wynn Resorts claimed the redemption was proper in light of Mr. Okada's allegedly improper dealings with foreign government officials, based on a report issued by former FBI Director Louis Freeh.  Bartlit Beck was hired shortly before trial, after years of litigation, to bring a successful result to the claims. After bringing and winning key motions, Lind and his team obtained a voluntary dismissal of all claims against Mr. Okada and were instrumental in Mr. Okada's family company obtaining a $2.64 billion payment from Wynn Resorts.

Morgan Stanley v. Discover Financial Services (N.Y.)
Represented Discover in dispute concerning division of proceeds from Discover's recovery of $2.75 billion in a settlement ending antitrust litigation against Visa and MasterCard. Morgan Stanley and Discover disputed what portion of the settlement proceeds were due Morgan Stanley, which spun off Discover while the antitrust suit was pending. Case settled before trial with Morgan Stanley agreeing to an approximately $85 million reduction in its share of the proceeds.

Adjunct Professor of Law: Taught "Trial Technology" class on the use of technology in the practice of law at trial and in preparation for trial, Northwestern University School of Law

Fred Bartlit Center for Trial Strategy, Northwestern University School of Law, 1999-2003, Outside Director: Responsible for coordinating Center's activities and planning and implementing conference on developments and innovations in trial strategy

American Lawyer, IT Directors Are From Mars, Lawyers Are From Venus, round table forum on use of technology in practice of law (March 2002 issue)

Northwestern University Law School's Bartlit Center For Trial Strategy Annual Conference, Chicago (May 2000): The High-Tech Courtroom Presentation – A Better Way To Get Your Message Across

Recognized as one of Illinois' "Super Lawyers"

Recognized as one of the 500 Leading Litigators in America (Lawdragon, 2022)

Recognized as one of the 500 Leading Lawyers in America (Lawdragon, 2022)