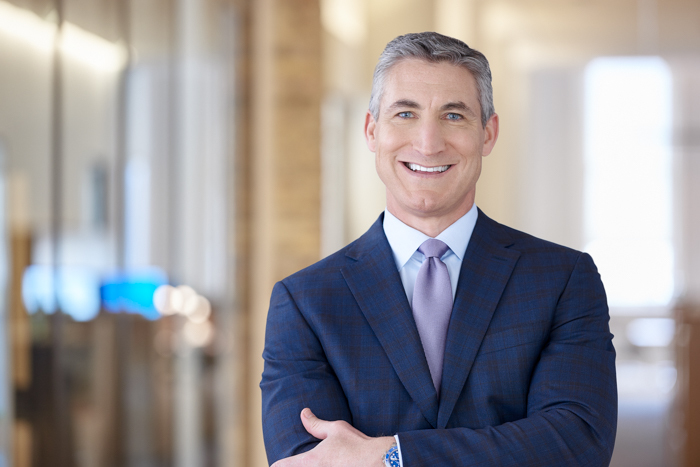 Jason Peltz has a national litigation practice, regularly handling cases before state and federal courts, arbitrators, and mediators across the country. He has extensive experience in a wide variety of complex commercial litigation, including matters involving breach of contract, patent infringement, product liability, breach of fiduciary duty, and deceptive and unfair trade practices.

Jason joined the firm in 1996 and has served as the firm's managing partner since 2018. Prior to joining the firm, Jason graduated from the University of Michigan with high distinction, earned his law degree from the University of Chicago Law School with honors, and clerked for the Honorable Gerald E. Rosen on the United States District Court for the Eastern District of Michigan. He is a member of the bar in Illinois and Michigan and has been admitted to practice in state and federal courts across the country.

Spirit AeroSystems v. Gulfstream (AAA/ICDR Arbitration, New York, NY)
Represented Spirit AeroSystems against Gulfstream. Both parties alleged hundreds of millions of dollars of breach of contract damages. After a three-week arbitration hearing that included opening statements and testimony from dozens of witnesses, the case settled on favorable terms before the panel issued a ruling.

Rolls-Royce v. United Technologies (E.D. Va.)
Represented United Technologies and its Pratt & Whitney division in an alleged multibillion-dollar patent case brought by Rolls-Royce in the Eastern District of Virginia. The technology at issue related to the jet engines (particularly the fan blades) used on the world's largest airplane, the Airbus A380, as well as a host of other airplanes. Rolls-Royce sought almost $4 billion in damages and an injunction preventing further sales of the accused engines. The court granted summary judgment in United Technologies' favor, finding that United Technologies' engines did not infringe the Rolls-Royce patent. This ruling was the culmination of a string of successes in which United Technologies also won summary judgment of no willful infringement (by which Rolls-Royce was seeking treble damages up to over $11 billion) and the court struck Rolls-Royce's damages theory. In the ruling precluding Rolls-Royce's damages theory, the court found that Rolls-Royce's multibillion-dollar "price erosion and lost profits damages is based on misstatements of the law, a lack of sound evidence, and unsupported economic assumptions, and its paid up royalty theory is similarly flawed. [Rolls-Royce's expert's] report reads more like a lawyer's brief advocating for the highest conceivable damages award rather than an expert trying to assist the trier of fact reach a reasonable damages figure. Because of this extensive overreaching, the entire report is undermined."

Phoenix v. DIRECTV (F.C. Ct. of Appeals and C.D. Cal.)
Represented DIRECTV in a patent infringement suit filed in the Central District of California. The accused technology involved the Interactive Voice Response (IVR) system that answers customer calls. Phoenix Solutions claimed over $40 million in damages. After a Markman hearing and discovery, DIRECTV moved for summary judgment on the ground that it outsourced its IVR to a third-party vendor and therefore could not be liable for direct infringement. The district court agreed, holding that DIRECTV "is not liable for an infringing 'use' of the asserted claims because it does not exercise the requisite direction or control over the way that [the vendors] configure and operate the Accused Technology." Phoenix appealed. Two days after oral argument, the Federal Circuit Court of Appeals issued a per curiam decision affirming summary judgment for DIRECTV. DirecTV Didn't Infringe Recognition IP.

Stein v. Windsor Energy, et al (District Court, Goodhue County, Minnesota)
Represented former Minnesota Timberwolves CEO Bob Stein in a case relating to a large amount of silica sand deposits in Goodhue County, Minnesota. Mr. Stein filed the case seeking a declaratory judgment that he still owns half the rights to the silica sand. Mr. Stein also alleged that Windsor Energy (and its related companies) had intentionally interfered with his contract with the landowner. In April 2013, the court granted Mr. Stein's request for a declaratory judgment. Then in June 2013, after a week-long trial, a jury found that Windsor Energy had intentionally interfered with Mr. Stein's contract with the landowner (the jury did not award damages; the sand had not yet been mined). Should the sand be mined in the future, the court has ruled that Mr. Stein will be entitled to 50% of the proceeds.

United Technologies and Pratt & Whitney v. Chromalloy (D. Del., F.C. Ct. of Appeals)
Represented United Technologies and Pratt & Whitney in a patent infringement and breach of contract action filed in the U.S. District Court for the District of Delaware. The trial court ruled in favor of Chromalloy on some of the issues, but the case was reversed, resulting in a win, in the U.S. Court of Appeals for the Federal Circuit.

Confidential Breach of Contract Arbitration (San Jose, California)
Represented former owners of software company in breach of contract action against the purchaser of the company. Case settled on favorable terms shortly before trial.

In re Jolley (F.C. Court of Appeals)
Represented The Lubrizol Corporation in its appeal from an adverse ruling in a patent interference action filed before the Patent & Trademark Office. Case affirmed.

India Breweries, Inc. v. Miller Brewing Co. (E.D. Wis.)
Represented India Breweries in a breach of contract action in the U.S. District Court for the Eastern District of Wisconsin. The case concerned breach of a license agreement for the sale of Miller beer in India.

CityScope v. LaSalle Bank (Cook County, Illinois)
Represented CityScope in action based on promissory estoppel, breach of fiduciary duty, and violation of the Consumer Fraud and Protection Act, stemming from LaSalle's conduct concerning CityScope's desire to seek a loan to finance the making of a movie.

Reed v. Farley (U.S. Supreme Court)
Represented Orrin Reed in a habeas corpus suit filed in the U.S. District Court for the Northern District of Indiana. Case dismissed and affirmed by the U.S. Court of Appeals for the Seventh Circuit. Case briefed and argued in the United States Supreme Court, which affirmed the dismissal.

Adjunct Professor of Law:  Taught "Trial Technology" class on the use of technology in the practice of law at trial and in preparation for trial, Northwestern University School of Law

Illinois Holocaust Museum & Education Center, Member of Board of Directors

Rated AV® Preeminent™ 5.0 out of 5 by Martindale-Hubbell

Expert Witnesses, Successful Partnering Between Inside and Outside Counsel, Chapter 62 of treatise that is joint project of West and the Association of Corporate Counsel (2009-2018) (with Charles Gill, Joseph Santos, and Jeffrey Mandell)

Mobile Voice Conference (April 2010): Patent Strategy: Considerations in Filing a Patent Infringement Suit and in Defending Such a Suit

The University of Chicago Law School, 1992, J.D., with Honors