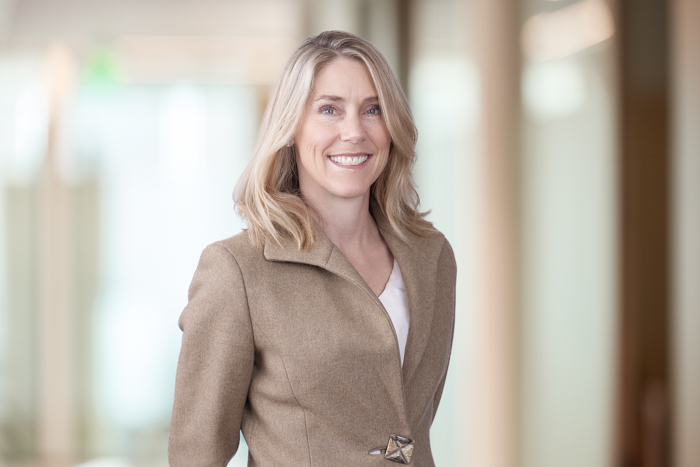 Karma Giulianelli has tried cases for Fortune 500 companies in almost every region of the country. With over 25 years of experience, her cases have included a broad range of bet-the-company litigation, including antitrust, contract, product liability, fraud, and securities cases. Karma has been a partner at Bartlit Beck since 2001. Before joining the firm in 1999, she was a trial attorney for the Antitrust Division at the Department of Justice, where she was a member of the core trial team in United States v. Microsoft.

Karma has spent nearly a full year in trial days in front of judges and juries in high-stakes antitrust cases. Her antitrust trials that have gone to verdict have included monopolization cases and cases alleging unreasonable restraints of trade involving some of the largest companies in the United States. Most recently, Karma took a lead role in two antitrust trials for Sabre, a travel distribution platform, including a ten-week federal jury trial in New York brought by US Airways concerning an alleged conspiracy and agreements in the airline ticket distribution market with over $1.4 billion in claimed damages.

Karma has also tried non-antitrust cases with exposures in the hundreds of millions of dollars, including three product liability cases to a jury for DuPont. Clients have selected Karma to first chair and co-first chair multiple trials, including a large consumer appliance manufacturer (resulting in a six-week jury trial that Karma tried to verdict); OtterBox  (a case with a $100M exposure that settled on extremely favorable terms right before trial); and Bayer (a case that was set for trial in December 2019).

Karma also has extensive experience in class actions, representing both defendants and plaintiffs. The Northern District of California appointed Karma as co-lead interim counsel for a class of consumers in currently pending multi-district antitrust litigation against Google.

As a trial lawyer in the Honors Program at the Antitrust Division of the United States Department of Justice, Karma worked on both criminal and civil antitrust matters, including merger and non-merger matters. Karma was a member of the team investigating Microsoft's Internet-related conduct in 1996. After participating in the October 1997 case against Microsoft alleging violations of the Consent Decree, she continued as a member of the core trial team in United States v. Microsoft, which was filed in May 1998.

Mary Carr v. Google LLC (N.D.CA)
Appointed Co-Lead Interim Class Counsel by Court to represent class of consumers in the United States who used the Google Play Applications Store or Google Pay in connection with applications used on Android devices. The case alleges violations of the antitrust laws based on Google’s contractual restrictions and other conduct, resulting in a significant overcharge on the price of applications. Case pending.

Taylor v. Google, LLC (N.D.CA)
Counsel representing residents in 49 states who used mobile devices with the Android operating system in their claim for conversion against Google for Google’s undisclosed and wrongful consumption of their cellular data. Case pending.

Representation of Mortenson Construction Company
Co-led the representation Mortenson Construction Company in an investigation by the Colorado Attorney General in connection with alleged bid rigging during the expansion of the Colorado Convention Center. In the face of a novel and unprecedented interpretation of Colorado’s antitrust laws, the investigation was favorably resolved with monetary compensation and a commitment to help the citizens of the State of Colorado in the midst of the COVID pandemic by employing Mortenson’s unique ability to contribute to a public construction project in the wake of COVID.

Gordon, et al. v. Sabre (S.D.N.Y.)
Represented Sabre as co-lead trial counsel in case brought as putative class action by purchasers of airline tickets. Plaintiffs claim Sabre conspired with its competitor "global distribution services" operators, Amadeus and Travelport, to require certain terms in their contracts with airlines, which allegedly caused plaintiffs to overpay for their airline tickets. Won a motion to dismiss 100% of plaintiffs’ claimed damages. Class certification denied in light of claims for equitable relief only. After denial of class certification, individual settlements with the handful of former class representatives were achieved.

In re TyCom Ltd. Securities Litigation (D.N.J.)
Represented Tyco International in class action suit in which plaintiffs sought over $1 billion in damages for alleged securities fraud. Plaintiffs alleged that Tyco violated Section 10(b) of the Securities Exchange Act and Section 11 of the Securities Act in connection with the July 2000 TyCom IPO. The case settled favorably before trial.

Trial court entered directed verdicts for DuPont on all claims of most of the largest plaintiffs (constituting 60% of plaintiffs’ total claimed damages). Jury awarded other plaintiffs a small fraction of amounts sought.

Florida court of appeals (1) affirmed directed verdicts for DuPont on claims of the largest plaintiffs, and (2) reversed all jury verdicts for other plaintiffs due to numerous trial court errors.

Aquilex Services, Inc. v. Frank Novak, Phil Hulsizer
Represented Aquilex in an arbitration regarding a dispute regarding a net worth purchase price adjustment.

Represented pharmaceutical company in connection with allegations of anticompetitive conduct in the market for certain drugs, with claimed damages of $1 billion. Case settled favorably for company, without payment of any claimed damages.

Confidential antitrust counseling related to collective setting and tying of interchange fees to the acceptance of credit cards.

Panelist,  Monopolization Cases:  Where Are the Remedies?, ABA Spring Meeting, 2022

Presenter, "The Microsoft Experience in Antitrust Enforcement in the New Millennium," 2000

When Failure to Disclose Intellectual Property in Standard Setting Can be Anticompetitive, Karma Giulianelli, The Standards Edge, 2004

Selected as the "People's Choice" best antitrust lawyer in Colorado by her peers:  "Karma Giulianelli has been practicing in antitrust law for more than two decades, and she's been recognized for her excellence in the area for nearly all of it."  Law Week, Barrister's Best, 2019

Recognized as one of Colorado's "Rising Stars, "Colorado Super Lawyers, 2010 and 2011

Recognized as one of the "Top Women Lawyers of 2010," Law Week Colorado

Special Achievement Award for contributions to the Microsoft case