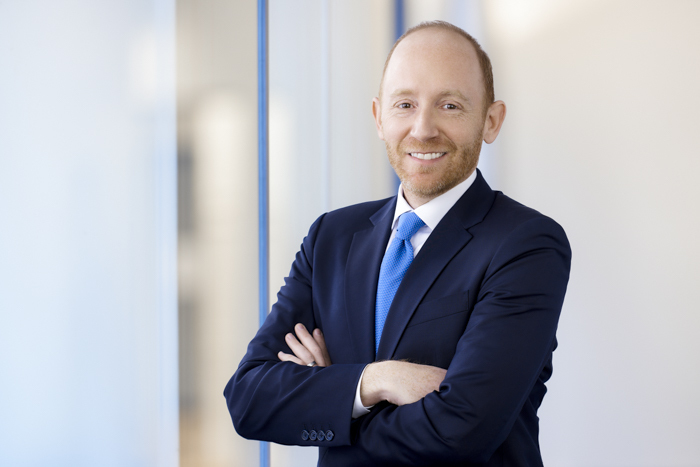 Nevin Gewertz is an accomplished trial lawyer who has received national recognition for his experience across a range of intellectual property and complex commercial cases. Nevin frequently represents major U.S. and international pharmaceutical, medical device, and other natural sciences companies in cases involving patent infringement, Lanham Act, breach of contract, and product liability claims. Nevin is also trial counsel in a variety of other complex matters, including for the former founders and employees of FanDuel in a lawsuit seeking damages for breaches of fiduciary duties by former members of the FanDuel board of directors and late-stage investors during a 2018 billion-plus dollar merger. Nevin also enjoys a vibrant pro bono practice. Notably, Nevin was selected as counsel by a consortium of 40+ bipartisan law professors and think tanks in a case involving the Executive Order attempting to strip federal funding from so called "sanctuary cities."

Nevin's accomplishments have been recognized by a number of legal publications, including Benchmark Litigation, Chicago Magazine, Illinois Super Lawyers and Illinois Leading Lawyers.

Nevin joined the firm in 2011 after clerkships with Judge Janice Rogers Brown of the United States court of Appeals for the District of Columbia and Chief Judge Sarah S. Vance of the United States District Court of the Eastern District of Louisiana. He graduated at the top of his class at The University of Chicago Law School, where he won the Hinton Moot Court Competition and was a member of the Law Review. Before that, Nevin graduated from Stanford University with Honors and as a Presidential Scholar, where he studied Biology and Political Science and did research on emerging stem cell therapies and genetic engineering.

Regents of the University of Minnesota v. Gilead Sciences, Inc., (N.D. Cal.)
Counsel for Gilead in patent infringement litigation related to Gilead’s hepatitis C treatments. District court litigation is currently pending. The Patent Trial and Appeal Board instituted an inter partes review and ruled that U.S. Patent No. 8,815,830 was invalid as anticipated by Gilead’s own disclosure of the compound sofosbuvir. Case is now on appeal.

Millennium Labs. v. Ameritox (D. Md.)
Trial counsel for Ameritox in a Lanham Act false advertising case concerning Ameritox's Rx Guardian urine drug testing services. Plaintiff challenged Ameritox's entire advertising campaign from 2008 to 2012, seeking substantial damages. Succeeded in excluding plaintiff's consumer survey and damages experts. After four weeks of argument, including a two-week trial before an advisory jury, the parties entered into a consent order to end the dispute, which resulted in Ameritox having to pay no money, nor change any of its products and services.

Northwestern University v. Universal Robots, et al. (D.Del. and N.D. Ill.)
Lead trial counsel for Northwestern University in a series of patent infringement cases against the manufacturers of certain industrial robots that were invented at Northwestern University in the research laboratories of Drs. Michael A. Peshkin and J. Edward Colgate. The asserted patents—U.S. Patent Nos. 6,928,336, 6,907,317, and 7,120,508—claim groundbreaking work on intelligent assist systems known as collaborative robots or “cobots,” programmable robotic devices that can safely interact with human operators in a shared workspace. The lawsuits are part of Northwestern’s overall stewardship of life-changing technology developed by its faculty through the enforcement of intellectual property rights, as well as technology licensing, corporate partnerships, entrepreneurial support, and startup creation. Read the Complaint here, and coverage in the press here, here, and here.

Nigel John Eccles et al. v. Shamrock Capital Advisors, LLC, et al. (State Court, New York)
Trial counsel for FanDuel founders and more than 120 former employees and angel investors in lawsuit against late-stage private equity investors and six of the seven former members of the board of directors of FanDuel. The suit alleges that the private equity investors and former board members wiped out the founders, former employees, and angel investors' in the company by breaching their fiduciary duties and unjustly enriching themselves in the wake of a 2018 merger between FanDuel and European bookmaker Paddy Power Betfair. Read the Complaint here, coverage in the Wall Street Journal here, and coverage in Reuters here.

Regents of the Univ. of Minn. v. LSI Corp., et al. (Fed. Cir.)
Counsel for permissive intervenor Gilead Sciences in case of first impression regarding application of state sovereign immunity to inter partes review proceedings before the United States Patent and Trademark Office. In a precedential opinion on June 14, 2019, the Federal Circuit held that States were not immune from such proceedings. The Supreme Court later denied the University's petition for writ of certiorari in what was identified by Law360 as one of the "Biggest Patent Rulings Of 2019." Read about the case here.

Kirkland & Ellis Scholar, awarded to the top five percent of the class

Named one of 40 Illinois Attorneys Under Forty to Watch 2020

Recognized as a member of Benchmark Litigation's “40 & Under Hot List"