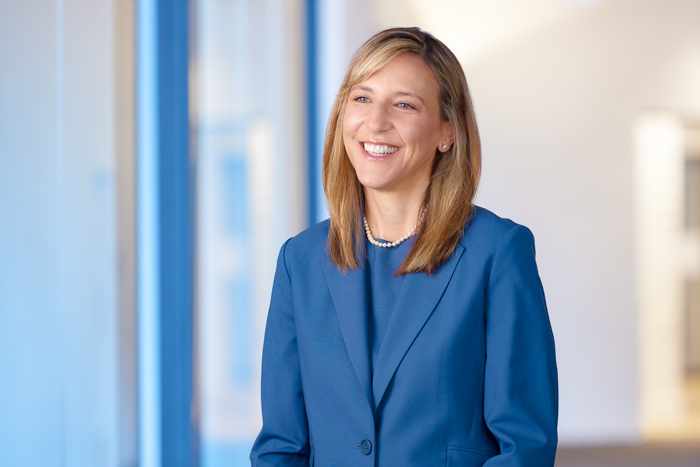 Rebecca Weinstein Bacon tries and litigates complex cases for Fortune 500 clients. With over 20 years of experience, Rebecca has represented companies in some of their most important cases on a variety of claims: pharmaceutical products liability claims, antitrust cases, consumer class actions, and commercial disputes. She is an expert legal strategist with extensive trial experience, as well as the business sophistication and acumen to know when and how to obtain the best possible settlement for her clients.

Rebecca tried one of the only consumer class action cases to go to trial, which resulted in a defense verdict for Whirlpool. She also tried one of the only "pattern or practice" employment discrimination cases to go to trial. It was brought by the EEOC against Texas Roadhouse. She is currently leading the team defending FedEx Ground against sweeping claims by the EEOC relating to their treatment of deaf package handlers. She serves on trial teams for bellwether cases in pharmaceutical companies' most important mass torts. She has tried and is slated to try pelvic mesh trials for Johnson and Johnson in 2020.

Her representation of Bayer in the WeightSmart litigation led to one of the seminal class action decisions related to ascertainability. In this case, her leadership resulted in appellate review of the only certified state class which she argued before the Third Circuit. The Third Circuit reversed the class certification decision and denied plaintiffs' request for rehearing.

Rebecca is a nationally recognized attorney. She is Chambers ranked, named one of Crain's Most Influential Women Lawyers in Chicago, a Benchmark Litigation National and Local Litigation Star, one of the Top 250 Women in Litigation for many years, and on the Lawdragon 500. Rebecca served as an adjunct professor at Northwestern University School of Law for three years where she taught a class on trial advocacy, and she has published and presented on a wide range of topics related to high-stakes litigation.

Rebecca graduated from Columbia University School of Law as a Kent and Stone Scholar and earned her bachelor's degree from UCLA with honors.

EEOC v. FedEx Ground (W.D. Pa.)
Lead trial counsel for FedEx Ground in an enforcement action brought by the EEOC under the Americans With Disabilities Act. EEOC filed claims on behalf of roughly 300 deaf FedEx Ground package handlers from dozens of facilities around the country, alleging that FedEx Ground failed to provide a variety of reasonable accommodations to these employees, such as ASL interpreters at meetings. Bartlit Beck was brought in to take over the matter after nearly a decade of investigation, conciliation, and litigation with EEOC. Along with a team of lawyers from three different firms, Bartlit Beck crafted a strategy that led to a favorable settlement in May 2020, prior to a single deposition being taken.

Pelvic Mesh Product Liability Litigation
Trial counsel for Ethicon/Johnson & Johnson in defense of lawsuits alleging personal injuries caused by pelvic mesh medical devices. Designated trial counsel in a number of matters set for trial, both in state court and in federal cases remanded by the MDL court for trials around the country.

Chicago Loop Parking vs. The City of Chicago (2012)
Pro bono counsel for the City of Chicago in an arbitration that Chicago Loop Parking (Morgan Stanley) brought against the City in connection with the Millennium Park Garages. In 2006, Morgan Stanley paid the City $563 million in exchange for a 99-year concession to operate the garages under Millennium Park and Grant Park on the City's lakeshore. Morgan Stanley filed a claim in arbitration for $200 million related to the City's permitting the Aqua building (North of Millennium Park) to accept parkers whose destinations are outside of the Aqua building itself. Rebecca co-led the arbitration in October 2012 before a panel of three arbitrators. The panel rejected Morgan Stanley's claim for $200 million, awarding only 25% of the amount sought.

In re: Trasylol Litigation
National counsel for Bayer in products liability cases in state and federal court involving Trasylol, a drug used during coronary bypass surgery. Rebecca took and defended key depositions, including expert depositions that led to their Daubert exclusion.

WeightSmart® Litigation
National counsel for Bayer in consumer fraud class action lawsuits relating to OneADay® vitamins. Successfully defeated nationwide class certification motion under New Jersey Consumer Fraud Act. The district court later certified a Florida-only class. The Third Circuit took the 23(f) appeal and reversed and remanded to the district court based on Bayer's argument that the class was not ascertainable. The plaintiffs petitioned rehearing en banc, but in a 9-4 opinion, the Third Circuit denied the request for rehearing.

Baycol® Litigation
National counsel for Bayer in products liability litigation related to the anti-cholesterol drug Baycol®. Cases pending throughout the country were consolidated in federal court in Minnesota.

University of Chicago v. Chou
Defended University of Chicago in suit claiming that a researcher was wrongfully denied credit as co-inventor of herpes vaccine. Case dismissed by federal district court in Chicago. Briefed and argued appeal to Federal Circuit. Case reversed in part and remanded in part. Case settled favorably.

Association of Trial Lawyers of America

Be the Expert Series: Gearing up for Trial-ABA Webinar Section of Antitrust Law, Civil Practice and Procedure and Trial Practice Committees (March 1, 2018)

Plaintiffs Playbook Reprised: How to Best Deal with Past Transgressions and Other Accusations-DRI Drug & Medical Device Conference (May 2017)

Trying the class action: Opportunities and challenges for plaintiffs and defendants: Should strategies between class certification briefings and trial be different?-LSI Twelfth Annual Conference on Class Actions (Seattle, WA May 2016)

Featured in "Facing The Alternative: How Does A Flat Fee System Really Work?"-ABA Journal (March 1, 2011)

Disappearing Act: When a dot-com fails, creditors may find they have few legal protections if insiders try to loot the company's virtual assets-The Daily Deal (June 6, 2000)

Business on the Web: Personal Jurisdiction and the Internet, The Multimedia and Web Strategist (July and August, 1998) (with Dale M. Cendali)

Recognized as one of Crain's Most Influential Women Lawyers in Chicago

Nominated to Who's Who Product Liability Defence