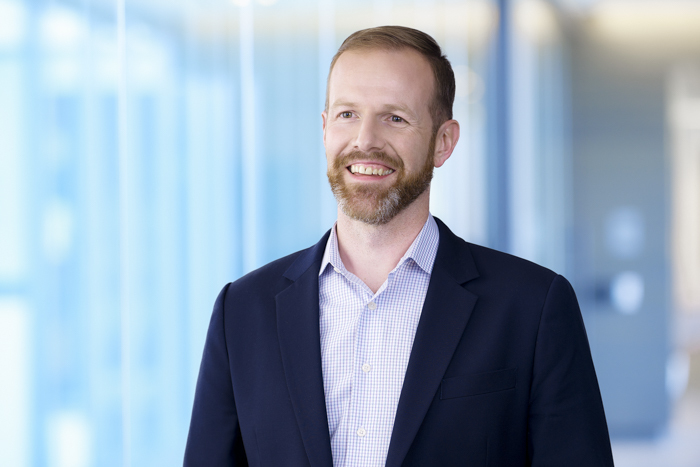 Dan Taylor is a trial lawyer with a broad range of experience in high-stakes, bet-the-company litigation matters. Dan's practice runs the gamut and includes patents, insurance, contracts, products liability, taxation, oil and gas, and regulatory matters. In recent years, Dan has been a part of three different Bartlit Beck trial teams who achieved victories in trials with more than $100 million at stake. Dan conducted several critical direct and cross-examinations at those trials, and also handled key legal and evidentiary arguments. A client stated in a testimonial in the 2020 Legal 500 rankings that Dan "is an up and coming all-star, who consistently minimizes courtroom risk by winning on his papers."

In addition to his trial work, Dan also has an active appellate practice. Dan started his career as a Bristow fellow in the United States Solicitor General's Office, where he represented the interests of the government in the United States Supreme Court. Dan has briefed numerous appeals in state and federal appellate courts, and he has argued multiple appeals as well.

State of Florida v. Walgreens (Fla. Sixth Judicial Circuit, Pasco County 2022)
Trial counsel for Walgreens in headline-grabbing trial in which the State of Florida sought damages for the opioid epidemic. The case settled favorably after three weeks of trial.

Grynberg v. Grynberg (Arapahoe County, Colo. 2019)
Trial counsel for defendants in bench trial involving equitable claims for unjust enrichment and quantum meruit brought by the founder of a group of privately held oil and gas companies, including claims for compensation for services and assets previously provided to the companies. Plaintiff sought $400 million in compensation at trial. Won a complete defense verdict, which the Colorado Court of Appeals affirmed in its entirety.

Gadeco, LLC v. Grynberg (Arapahoe County, Colo. 2019)
Trial counsel for defendants in jury trial involving claims for breach of contract and breach of fiduciary duty brought by the founder of a group of privately held oil and gas companies against the shareholders and board members following his removal as President and Chairman. Plaintiff sought injunctive relief and $800 million in damages at trial. Won a complete defense verdict, which the Colorado Court of Appeals affirmed in its entirety.

Core-Mark v. Sonitrol (Adams County, Colo. 2014 and Colo. Ct. App. 2016)
Trial counsel for Sonitrol, former subsidiary of Tyco International, in one-week damages-only trial where plaintiffs sought over $50 million in damages and interest because Sonitrol willfully and wantonly breached its burglar-alarm monitoring contract by failing to detect three burglars in plaintiffs' warehouse who looted the warehouse and eventually lit fires that ultimately destroyed the building. The jury awarded plaintiffs the damages number sponsored by Sonitrol, which was roughly 10% of what plaintiffs were seeking and included no fire-related damages. Secured affirmance of judgment from the Colorado Court of Appeals.

Tricarichi v. PricewaterhouseCoopers LLP (Clark County, Nevada)
Trial counsel for PwC in case involving a claim for negligent tax advice. Successfully obtained a writ of mandamus from the Nevada Supreme Court after the trial court initially refused to enforce a jury-trial waiver contained in the engagement agreement. Case is currently scheduled for a bench trial in October 2022.