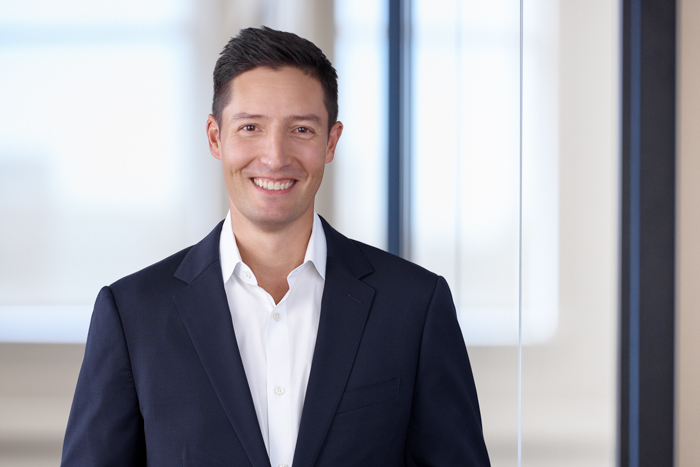 Nico Martinez is an experienced litigator who tries complex, high-stakes cases in courtrooms across the country. Nico has tried more than half-a-dozen cases since joining Bartlit Beck. He has contributed to Bartlit Beck's major trial successes for PricewaterhouseCoopers and UnitedHealthcare, and he helped secure a complete defense verdict in an $800 million breach of contract case against shareholders of a privately held oil and gas company.

As part of his active pro bono practice, Nico obtained a historic trial victory as co-lead counsel for a group of Black voters challenging Georgia’s statewide method of electing members of its powerful Public Service Commission. Nico then led the effort in the U.S. Supreme Court to preserve that victory for the ensuing election cycle, a “rare” feat that attracted headlines nationwide.

Nico is an Adjunct Professor of Law and Co-Director of the Federal Appellate Clinic at Northwestern University Pritzker School of Law. Nico graduated from Stanford Law School, where he was a senior editor of the Stanford Law Review and member of the Stanford Supreme Court Litigation Clinic team that represented Edith Windsor in her successful challenge to the federal Defense of Marriage Act.

Rose et al. v. Raffensperger (N.D. Ga. 2020-22)
Co-lead trial counsel for plaintiffs in a voting rights lawsuit that successfully challenged the at-large, statewide method of electing members of Georgia's Public Service Commission, the entity that regulates utility services in the State. Following a week-long bench trial, where Nico delivered the opening statement and cross-examined the State’s only expert, a federal judge ruled that the State’s method violated Section 2 of the Voting Rights Act. When a federal appeals court stayed that ruling, Nico convinced a unanimous Supreme Court to overturn the stay, ensuring that the November 2022 Public Service Commission elections would not take place using an at-large method that unlawfully dilutes the votes of millions of Black citizens in Georgia.

See Nico’s quotes about the trial victory in the Associated Press, The Hill, Law360, and the Atlanta Journal-Constitution. That victory earned Nico and his teammates runner-up Litigator of the Week honors.

See coverage of the Supreme Court victory in the New York Times and Nico’s quotes about that victory on CNN.

Grynberg v. Grynberg (District Court, Arapahoe County, Colorado 2019)
Trial counsel for defendants in bench trial involving equitable claims for unjust enrichment and quantum meruit brought by the founder of a group of privately held oil and gas companies, including claims for compensation for services and assets previously provided to the companies. Plaintiff sought $400 million in compensation at trial. Won a complete defense verdict, which the Colorado Court of Appeals affirmed in its entirety.

Gadeco, LLC v. Grynberg (District Court, Arapahoe County, Colorado 2019)
Trial counsel for defendants in jury trial involving claims for breach of contract and breach of fiduciary duty brought by the founder of a group of privately held oil and gas companies against the shareholders and board members following his removal as President and Chairman. Plaintiff sought injunctive relief and $800 million in damages at trial. Won a complete defense verdict, which the Colorado Court of Appeals affirmed in its entirety.

FDIC & Colonial BancGroup v. PwC (M.D. Ala. 2017-18)
Defended PwC against Colonial Bank and the FDIC in a suit filed after the collapse of PwC's audit client Colonial Bank. Colonial Bank sought several hundred million dollars in damages. The FDIC sought over $2 billion in actual damages, plus unspecified punitive damages. Following a bench trial on liability, the court ruled for PwC on the entirety of Colonial Bank's claim. The court ruled against PwC on some of the FDIC's claims and in favor of PwC on others. The court also ruled in favor of PwC on the FDIC's request for punitive damages. Following a bench trial on damages, the court awarded the FDIC $625 million. Before judgment was entered, and while post-trial motions were pending, the parties settled the case for $335 million. One member of the FDIC's board of directors publicly dissented from the settlement because it did not contain an acknowledgment of liability by PwC.

Fogleman v. Mississippi (U.S. Supreme Court 2020)
Counsel of record for Mississippi inmate who sought certiorari in case presenting the question whether the Sixth Amendment requires a jury to make any factual finding that increases a criminal defendant's mandatory minimum sentence by automatically restricting his eligibility for parole.

Jordan v. Texas (U.S. Supreme Court 2019)
Counsel of record for Texas inmate who sought certiorari in case presenting the question whether the Sixth Amendment demands relief when a criminal defendant swears that he instructed his lawyer to file an appeal, no notice of appeal was timely filed, and the lawyer cannot now remember being asked to do so.

Stanford University, 2007, B.A. in Political Science, with Honors and Distinction