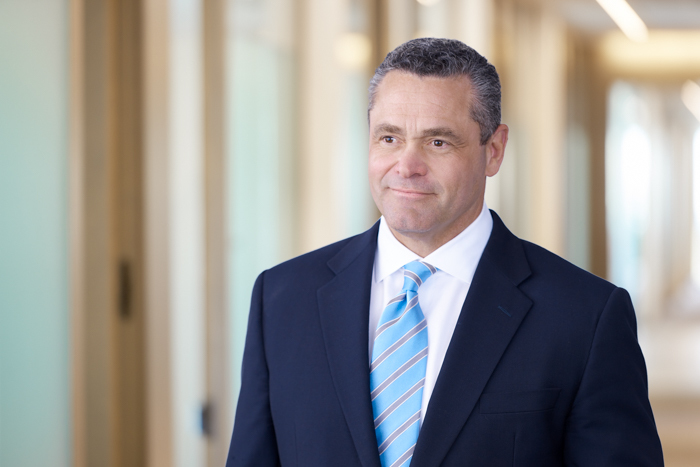 Glen Summers is an experienced first chair trial lawyer who has handled high-stakes matters across the nation, involving a wide variety of subject matter, with several big wins to his credit. During his tenure at Bartlit Beck, Glen has tried cases in the federal and state courts of California, Colorado, Delaware, Florida, Kansas, Missouri, and Texas, and has acted as lead counsel in a number of arbitrations and mediations.

In addition to his trial practice, Glen regularly handles significant appellate matters. He has argued appeals to the U.S. Courts of Appeals for the Federal Circuit, Fifth Circuit, Ninth Circuit, and Tenth Circuit, as well as the Colorado Supreme Court and the California Court of Appeal.

A significant portion of Glen’s practice is devoted to technology and intellectual property litigation. He has handled significant patent litigation involving wireless communication, digital rights management, medical devices and semiconductors, and has acted as lead counsel in patent infringement trials in the Eastern District of Texas and Central District of California. He has also taken a leading role in significant antitrust and consumer litigation involving some of the country’s biggest technology companies.

Glen is also one of the nation's foremost lawyers in the representation of plaintiffs in significant legal malpractice cases. To date, he has obtained approximately $250 million in settlements for his legal malpractice clients. In one such matter, Glen represented Frank McCourt, the former owner of the Los Angeles Dodgers, in a highly publicized blockbuster legal malpractice case against Bingham McCutchen LLP arising out of Bingham's negligent preparation of Mr. McCourt's postnuptial agreement, which allowed his former wife to claim ownership of 50% of the Dodgers franchise. Glen also represented Charter Communications in its malpractice suit against Irell & Manella LLP arising out of the botched documentation of a $3 billion cable system acquisition. Other legal malpractice cases Glen has handled have involved intellectual property, estate planning and transactional matters.

Glen has been with Bartlit Beck since 1997 and has been a partner since 1999. Before joining Bartlit Beck, Glen clerked for U.S. Supreme Court Justice Antonin Scalia and the Chief Judge of the U.S. Court of Appeals for the Ninth Circuit. Glen was also previously an associate at Sullivan & Cromwell from 1995-1996.

Chambers USA has recognized Glen as a leading business litigator, describing him as a "phenomenal trial attorney." (2014 ed)

Glen is a member of the California and Colorado bars and has been admitted to practice in state and federal courts across the country, including the United States Supreme Court.

United States v. Fortenberry (U.S. District Court, Central District of California)
Served as co-lead trial counsel in the criminal trial of a sitting member of the United States Congress charged with making false statements to the FBI in connection with an investigation of illegal campaign contributions made to his campaign by foreign nationals in connection with the 2016 elections. Case was tried to verdict in March 2022. Congressman Fortenberry was convicted on all counts but received no custodial sentence in view of the overwhelming evidence presented at trial of his exceptional character.

Grynberg v. Grynberg (Arapahoe County, Colorado)
Lead trial counsel for defendants in bench trial involving equitable claims for unjust enrichment and quantum meruit brought by the founder of a group of privately held oil and gas companies, including claims for compensation for services and assets previously provided to the companies. Plaintiff sought $400 million in compensation at trial. Won a complete defense verdict, which the Colorado Court of Appeals affirmed in its entirety.

Yukos Capital S.A.R.L. v. Feldman (U.S. District Court, Southern District of New York)
Lead trial counsel for a trustee affiliated with charitable trusts formed to compensate stockholders of the former Yukos Oil Company (which was improperly nationalized by the Russian Federation) in a jury trial involving claims for breach of fiduciary duty against the former trustee. Secured a jury finding that the defendant breached his fiduciary duties. Case currently on appeal to the Second Circuit.

Gadeco, LLC v. Grynberg (Arapahoe County, Colorado)
Lead trial counsel for defendants in jury trial involving claims for breach of contract and breach of fiduciary duty brought by the founder of a group of privately held oil and gas companies against the shareholders and board members following his removal as President and Chairman. Plaintiff sought injunctive relief and $800 million in damages at trial. Won a complete defense verdict, which the Colorado Court of Appeals affirmed in its entirety.

Alexsam, Inc. v. IDT Corporation (U.S. District Court, Eastern District of Texas)
Lead trial counsel for IDT Corporation in two related patent infringement actions involving systems for activating pre-paid gift cards and phone cards. Won judgment as a matter of law on some claims in the district court and reversal of the jury's verdict of infringement on other claims on appeal to the U.S. Court of Appeals for the Federal Circuit. The second case settled favorably after a bench trial but prior to the court entering judgment.

In re Genetically Modified Rice Litigation (U.S. District Court, Eastern District of Missouri)
Member of national trial team for Bayer in multidistrict litigation relating to the unintended low level presence of genetically engineered rice in commercial rice shipments. Served as trial counsel in a series of bellwether trials in 2009 and 2010.

Edward Keely v. Janus Management Holdings Corp. (Denver, Colorado)
Lead trial counsel for former Janus portfolio manager in action for fraud, breach of employment contract, and related claims against mutual fund company. Won $4.8 million jury verdict, which was later increased to over $7 million due to statutory enhancements, interest, and attorneys' fees. The jury found that Janus committed fraud, and that finding is believed to have precipitated the ouster of Janus's CEO.

Law 360, No New Trial For Applied In Covidien IP Spat

Las Vegas Hepatitis C Litigation (Clark County, Nevada)
Lead trial counsel for one of several trial teams for UnitedHealthcare in litigation encompassing over forty separate cases brought by individuals who contracted Hepatitis C during endoscopy procedures performed at clinics that were on UnitedHealthcare's network of approved healthcare providers. Cases settled after Bartlit Beck won a favorable jury verdict in one of the lead cases.

In re Genetically Modified Rice Litigation (U.S. District Court, Eastern District of Missouri)
Member of national trial team for Bayer in multidistrict litigation relating to the unintended low-level presence of genetically engineered rice in commercial rice shipments. Served as trial counsel in a series of bellwether trials in 2009 and 2010.

Frank McCourt v. Bingham McCutchen LLP (Massachusetts Superior Court)
Represented Frank McCourt, the former owner of the Los Angeles Dodgers, in connection with his legal malpractice claims against Bingham McCutchen LLP arising out of Bingham's negligent preparation of Mr. McCourt's postnuptial agreement, allowing his former wife to claim ownership of 50% of the Dodgers franchise, which sold for $2.15 billion. Obtained dismissal of an unprecedented declaratory judgment action brought against Mr. McCourt by Bingham, seeking a determination that the firm did not commit malpractice and did not proximately cause Mr. McCourt's damages. A confidential settlement was reached.

University of California at Berkeley, 1991, A.B., with Highest Honors

Ranked by Chambers USA as a leading business litigator, 2011 to 2017