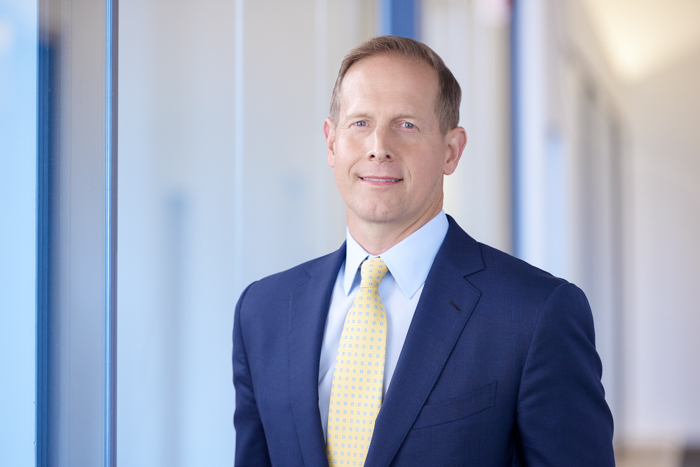 Hamilton serves as trial counsel and legal advisor in high-profile matters around the country. He regularly tries cases before juries, judges, and arbitrators, and has first-chaired trials and cases with hundreds of millions of dollars at stake. Hamilton has experience with a wide variety of complex commercial litigation matters, including breach of contract, breach of fiduciary duty and other business torts, fraud claims, intellectual property, antitrust, product liability, and personal injury.

In 2011, Hamilton was named one of the 40 Illinois Attorneys Under Forty to Watch. He was also named a 2013 BTI Client Service All-Star, which is given to those who deliver "the absolute best client service." Law 360 called the litigators who made the list the "cream of the crop," and noted that less than 100 litigators nationwide received this recognition. In 2019, he was named a "Litigation Star" by Benchmark. And a client stated in a testimonial in the 2020 Legal 500 rankings that "Hamilton is a disarmingly juror-friendly legal assassin. He is a relatable, empathetic storyteller who makes the complex simple."

Gadeco, LLC v. Grynberg, (District Court, Arapahoe County, Colorado)
Co-lead trial counsel for defendants in jury trial involving claims for breach of contract and breach of fiduciary duty brought by the founder of a group of privately held oil and gas companies against the shareholders and board members following his removal as President and Chairman. Plaintiff sought injunctive relief and $800 million in damages at trial. After two-week jury trial, we won a complete defense verdict for our clients, which the Colorado Court of Appeals affirmed in its entirety.

Grynberg v. Grynberg, (District Court, Arapahoe County, Colorado)
Co-lead trial counsel for defendants in bench trial involving equitable claims for unjust enrichment and quantum meruit brought by the founder of a group of privately held oil and gas companies, including claims for compensation for services and assets previously provided to the companies. Plaintiff sought $400 million in compensation at trial. Won complete victory, with Judge Pratt ruling in our clients' favor just over a week after the close of evidence, which the Colorado Court of Appeals affirmed in its entirety.

Rolls-Royce v. United Technologies (U.S. District Court, E.D. Va.)
Represented United Technologies and its Pratt & Whitney division in an alleged multibillion-dollar patent case brought by Rolls-Royce. The technology at issue related to the jet engines (particularly the fan blades) used on the world's largest airplane, the Airbus A380, as well as a host of other airplanes. Rolls-Royce sought almost $4 billion in damages and an injunction preventing further sales of the accused engines. The court granted summary judgment in United Technologies' favor, finding that its engines did not infringe the Rolls-Royce patent.

Led United Technologies' defense on damages issues. Prior to the summary judgment decision, the court struck Rolls-Royce's nearly $4 billion damages theory. In the damages ruling, the court found that Rolls-Royce's multibillion-dollar claim for "price erosion and lost profits damages is based on misstatements of the law, a lack of sound evidence, and unsupported economic assumptions, and its paid up royalty theory is similarly flawed. [The damages report of Rolls-Royce's expert Mary Woodford] reads more like a lawyer's brief advocating for the highest conceivable damages award rather than an expert trying to assist the trier of fact reach a reasonable damages figure. Because of this extensive overreaching, the entire report is undermined."

Treasurer of the State of Connecticut v. Forstmann Little, et al. (Conn. Super. Ct.)
Represented Forstmann Little in a lawsuit brought by one of Forstmann Little's limited partners, the State of Connecticut pension funds. Connecticut claimed damages of over $125 million for itself and over $1 billion in derivative claims, alleging violations of the securities laws, breaches of contract, and breaches of fiduciary duties. The suit was the first ever filed by a limited partner against a major private equity firm, and it was closely followed by every major financial publication. After five-week jury trial in the small town of Rockville, Connecticut, jury came back with verdict for Forstmann Little. The jury found that the State had been fully informed of the investments and had approved them at the time they were made, and that Forstmann Little was fully justified in relying on the advice of its counsel when making the investments. Because it found that Forstmann Little was not liable, the jury did not even reach the issue of damages.

Click here for more details about the case and press reports

Spirit AeroSystems v. Gulfstream (AAA/ICDR Arbitration, New York)
Lead trial counsel for Spirit AeroSystems against Gulfstream. Both parties alleged hundreds of millions of dollars of breach of contract damages. After a three-week arbitration hearing that included opening statements and testimony from dozens of witnesses, the case settled on favorable terms before the panel issued a ruling.

Stein v. Windsor Energy, et al. (District Court, Goodhue County, Minn.)
Represented former Minnesota Timberwolves CEO Bob Stein in a case relating to a large amount of silica sand deposits in Goodhue County, Minnesota. Mr. Stein filed the case seeking a declaratory judgment that he still owns half the rights to the silica sand. Mr. Stein also alleged that Windsor Energy (and its related companies) had intentionally interfered with his contract with the landowner. In April 2013, the court granted Mr. Stein's request for a declaratory judgment. Then in June 2013, after a week-long trial, a jury found that Windsor Energy had intentionally interfered with Mr. Stein's contract with the landowner (the jury did not award damages; the sand had not yet been mined). Should the sand be mined in the future, the court has ruled that Mr. Stein will be entitled to 50% of the proceeds.

Smith v. Merck (U.S. District Court, E.D. La.)
Represented Merck in the third federal trial against Merck since it withdrew Vioxx from the market in 2004. Plaintiff Garry Smith alleged that Merck's Vioxx caused him injuries, including a heart attack. After a two-and-a-half week trial, the jury deliberated three hours before returning a complete defense verdict for Merck.

Barnett v. Merck (U.S. District Court, E.D. La.)
Represented Merck in the second federal trial against Merck since it withdrew Vioxx from the market in 2004. Plaintiff Gerald Barnett alleged that Merck's Vioxx caused him injuries, including a heart attack. After a three-week trial, the jury returned a verdict for Plaintiff. Judgment substantially reduced following post-trial briefing.

Confidential AAA Arbitration (Seattle)
Lead trial counsel for aerospace manufacturer in a two-week AAA arbitration before a panel of three arbitrators. The hearing involved opening statements, direct and cross-examinations, and closing arguments. The proceedings and outcome are confidential.

After a ten-week bench trial, the trial court held that Pratt had made three false statements in a 1983 offer and imposed a $7.1 million statutory penalty, but the court rejected the government's $600 million damages theory, and held that actual damages were zero. After two rounds of appeals, the Sixth Circuit held that the trial record established that the government failed to prove any damages and remanded the case.

On remand, the government abandoned its damages claims, and in June 2016 the trial court entered final judgment awarding a total of $11.1 million ($1.2 million in disgorgement, $2.8 million in interest, and the $7.1 million penalty). The government declined to appeal, ending the case.

Okada v. Wynn Resorts, et al. (Las Vegas, NV)
Counsel for Japanese Billionaire Kazuo Okada in claims relating to Wynn Resorts' redemption of billions of dollars in stock owned by Mr. Okada's family business, which was the single largest shareholder in Wynn Resorts. Wynn Resorts claimed the redemption was proper in light of Mr. Okada's allegedly improper dealings with foreign government officials, based on a report issued by former FBI Director Louis Freeh. Bartlit Beck was hired shortly before trial, after years of litigation, to bring a successful result to the claims. After bringing and winning key motions, our team obtained a voluntary dismissal of all claims against Mr. Okada and were instrumental in Mr. Okada's family company obtaining a $2.64 billion payment from Wynn Resorts.

Confidential Arbitration (San Jose)
Represented former owners of software company in breach of contract action against the purchaser of the company. Case settled two weeks prior to arbitration hearing.

Newsome v. McCabe (U.S. District Court, N.D. Ill.)
Assisted during the appeal phase in representation of James Newsome in Section 1983 civil rights action. Newsome, an African-American male, alleged that two Chicago police officers framed him for a murder he did not commit, causing him to spend fifteen years in prison. Jury returned $15 million verdict on Newsome's behalf. Verdict was upheld in its entirety by the Seventh Circuit.

Chair of the Dean’s Advisory Board for the College of Liberal Arts & Sciences, University of Kansas (2014-2017)

Northwestern School of Law-Adjunct Professor (Spring 2009):  Taught "High-Tech Trial Techniques" class on the use of technology at trial and in preparation for trial

The University of Chicago Law School, 2001, J.D., with Honors

The University of Chicago Law Review

1st-Team Academic All Big XII, 1997 (one of four Big XII football players to letter and have 4.0 GPA)

Named one of 40 Illinois Attorneys Under Forty to Watch 2011