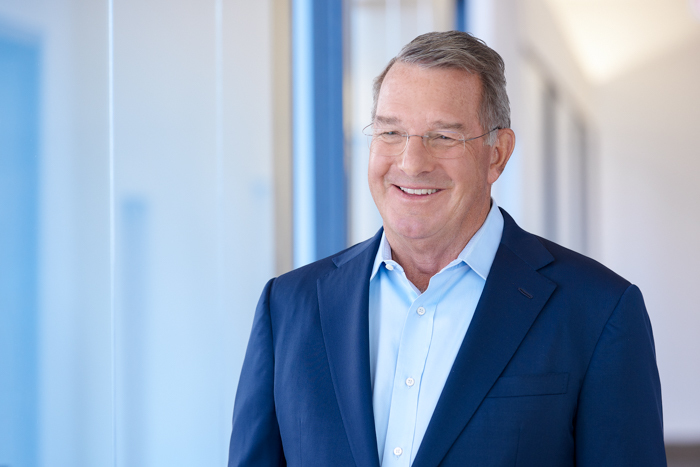 Phil Beck is widely recognized as one of the leading courtroom lawyers (both trial and appellate) in the United States. Although he primarily represents business entities, he has handled several other types of high-profile cases.

In Newsome v. McCabe, Phil won a record-setting damages verdict in a civil rights case involving the wrongful imprisonment of an innocent man for fifteen years.

In the mass tort/product liability arena, Phil has been lead counsel in several federal MDLs, including Vioxx and Baycol, and has defended manufacturers before state court juries in plaintiff-friendly jurisdictions such as Philadelphia, Corpus Christi, St. Louis, Chicago, New Orleans, and Miami.  The National Law Journal has awarded him multiple Defense Verdicts of the Year.  Click for list of mass tort/product liability cases

Phil has represented several hedge funds and other corporate plaintiffs against major financial institutions. He has also handled several auditing cases and arbitrations for PwC, Ernst & Young, Deloitte & Touche, and, before its demise, Arthur Andersen. Click for list of financial and accounting/auditing cases

Plaintiffs claimed that Merck's drug Vioxx caused heart attacks and strokes.  Merck suffered setbacks early in the litigation in state courts in Texas and New Jersey.  In the federal MDL in New Orleans, Merck was facing five bellwether jury trials in less than twelve months.  Merck retained Phil to be its lead trial lawyer in the federal cases.  Phil tried all five cases, winning outright defense verdicts in four of five trials.  These results were widely credited with making possible the eventual settlement of tens of thousands of claims.

Plaintiffs claimed that Bayer's drug Baycol caused a rare muscle disorder called rhabdomyolosis. Bayer faced tens of thousands of claims in a federal MDL in Minneapolis, coordinated cases in state courts in Philadelphia and Houston, and individual cases in state courts around the country.  Phil was Bayer's lead lawyer for all the Baycol litigation.  In the course of the litigation, Phil has:

Case profiled in May 3, 2004 Wall Street Journal article and in The National Law Journal June 2, 2003 article, "Designs For Winning:  Ten of the Nation's Top Litigators Tell How They Prevailed in the ‘Big Case.'"

Fidelis Leads
Lead trial counsel for Medtronic in an MDL concerning fractures of leads used with implanted defibrillators.  The cases settled before any trials were conducted.

Rago v. Federal Signal
Jury trial in Cook County, Illinois, on the claims of twenty-seven firefighters.  Jury verdict for Federal Signal on all claims of all plaintiffs.

Friel v. Federal Signal
Jury trial in Court of Common Pleas, Philadelphia, Pennsylvania, on the claims of nine firefighters.  Jury verdict for Federal Signal on all claims of all plaintiffs.

Wagner v. NL Industries
Class action on behalf of 7,500 neighborhood residents seeking several hundred million dollars in personal injury and property damages due to emissions of lead from factory over a thirty-five year period.  Represented NL Industries at trial in state court in Philadelphia and on appeal.  Jury verdict for NL on all issues.  Judgment affirmed on appeal.

Case listed as one of Top 15 Defense Verdicts for 1994 by The National Law Journal.

In the early 1980s, HIV had infected the nation's blood and plasma supplies before scientists knew that AIDS existed.  Factor concentrates, the medicine used to control bleeding in people with hemophilia,  is derived from human plasma and was itself contaminated.  Thousands of hemophilia patients were infected with HIV and sued the manufacturers of the medicine.

Phil tried three of the bellwether cases on behalf of Alpha Therapeutic Corp., and helped negotiate the global settlement of the remaining claims.

Case listed as one of the Top 15 Defense Verdicts for 1997 by The National Law Journal.

Smith v. Alpha Therapeutic Corp.
Jury trial in state court in New Orleans Parish, Louisiana, on claim by parents that their son had died from AIDS contracted from the blood clotting medicine of Alpha or one of three co-defendants.  Represented Alpha at trial and on appeal.  After four-month trial, judge granted judgment for defendants on statute of limitations grounds notwithstanding verdict for plaintiff.  Judgment for defendants affirmed by Louisiana Court of Appeals.

Lead counsel for Bayer in the federal MDL and state court cases.

Lead counsel for Bayer in the federal MDL and state court cases.

Onyx Pharmaceuticals v. Bayer
Represented Bayer in case concerning the ownership of an anti-cancer drug created after the expiration of a joint venture agreement to develop such drugs.  Case settled halfway through jury trial.

Case listed as Honorable Mention Defense Victory For 1996 by The National Law Journal.

Wisconsin Steel Litigation
Consolidated suits by bankrupt purchaser and Pension Benefit Guaranty Corp. asserting that Navistar's sale of a division was a fraudulent transaction designed to evade liabilities.  Represented Navistar at trial in federal court in Chicago and on appeal.  District court decision for Navistar on bankrupt purchaser's claims for approximately $1 billion.  Judgment affirmed on appeal.  Decision for Navistar on PBGC's fraud-based claims; decision for PBGC on a portion of its claim for unfunded pensions as of the date of the sale.  Settlement in advance of final judgment.

Thor Power Tool Company v. Weintraub
Sale of business case in which Thor (a subsidiary of Stewart-Warner Corp.) sought the unpaid balance of the purchase price, and Weintraub counterclaimed for fraud.  Represented Monroe Weintraub at trial in federal court in Chicago and on appeal.  Jury verdict for Weintraub.  Judgment affirmed on appeal.

Rauner v. Kirkpatrick (Confidential AAA Arbitration, Chicago) and Kirkpatrick v. Rauner (Cook County Circuit Court, Illinois)
Represented Bruce Rauner (former Illinois Governor and former managing partner of private equity firm GTCR) in arbitration related to his investment as a limited partner in a private equity fund. The dispute centered on whether the general partner (Kirkpatrick) breached his fiduciary duties by deviating from the partnership agreement's waterfall provision. The case was tried to a final arbitral award, but the results are confidential. Kirkpatrick attempted to litigate a portion of the dispute in the Cook County Circuit Court, but we successfully moved to compel arbitration.

Case listed as one of the Top Plaintiffs' Verdicts for 2001 by The National Law Journal.

Board of Visitors, Boston University School of Law

Who's Who Legal-2015 Lawyer of the Year for Commercial Litigation

The Best Lawyers in America

The Best of the Best USA

Lawdragon-Leading Lawyers in America, 500 Better than the Best

Who's Who Legal-The International Who's Who of Business Lawyers

Who's Who Legal-The International Who's Who of Commercial Litigators

Who's Who Legal-The International Who's Who of Life Sciences Lawyers

Who's Who Legal-The International Who's Who of Product Liability Lawyers